Had Enough of the Hard Water in Phoenix?

We can sympathize: hard water is, well, hard to live with, particularly if you're used to soft water.

Whether you get water from a municipal supply or well, it's coming from the ground. Groundwater, including treated water that's safe to drink, has minerals from the earth like calcium and magnesium.

Hard water means calcification anywhere there's water--in your pipes, on your showerhead, around your water fixtures. Handling it requires a lot more than routine cleaning.

In addition, hard water is tough on skin and hair. It's very drying, and lots of people notice they itch more after washing in hard water. That's because soap binds with minerals in hard water and leaves behind a kind of "soap curd" that doesn't dissolve.

The same effect occurs on clothing washed in hard water. Clothes will look dull because they can't fully rinse out soap. They may also feel rough to the touch.

Many people who are plagued by skin and hair problems decide to install water softeners to ease these problems. Longer-lasting clothing and the boost to plumbing systems are additional bonuses.

Treated wastewater--also called reclaimed or effluent water--is highly treated wastewater. It's nothing new or alarming here in the Phoenix region. In fact, it's a very logical solution to the water shortage we faced here for many years.

We use reclaimed most famously on golf courses.​ But did you know there are several types of highly treated wastewater? Some are actually safe to drink!

In 2017, the AZ Pure Water Brew Challenge asked craft brewers from around the state to create beers from Class A+ reclaimed water--the highest standard. Tucson's Dragoon Brewery won the challenge, beating about 30 competitors.

In late 2017, the state's Department of Environmental Quality announced it will allow appropriate Class A+ and B+ facilities to recycle reclaimed water into drinking water beginning January 1, 2018.

Presently, no municipal systems have technologies in place to meet the state's standards. 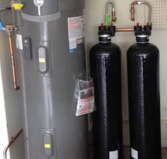 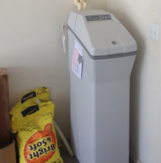 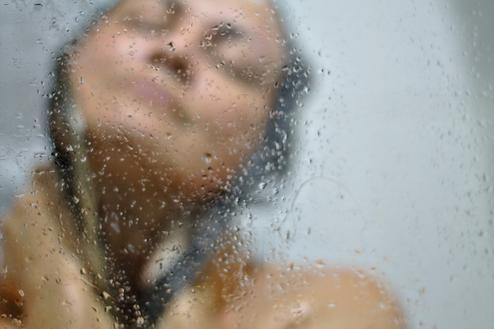 Reverse osmosis is yet another type of water treatment. This process pushes water through a filter that removes minerals and contaminants. They can be installed for whole-home filtration or in specific areas, such as underneath sinks or behind shower heads to filter water before it is used.

Reverse osmosis systems are a good choice for areas where water comes from wells, particularly private wells that aren't monitored by public utilities and may be more susceptible to contamination.

Water treated through reverse osmosis has no taste at all and shares all the qualities of soft water since it removes the same elements. But they are less efficient and generally flush out about four gallons of water for every treated gallon.

Call us for a Free

All Arizona water released to homes and businesses must meet Federal cleanliness standards described in the Clean Water Act and the Safe Drinking Water Act.

In 2016, the US Environmental Protection Agency discovered three drinking water sources in Arizona contaminated with chemicals known to cause cancer, liver disease, and problems with the immune system. One of them served parts of Tempe; two others served communities in Northern Arizona.

Other Valley areas were found to be safe. But 60 other communities around the nation were also found to have drinking water contaminated with the same chemicals.

There may be changes to existing Federal laws that will reduce protections to water and drinking water. Treating water used for drinking may be a sensible decision for many families and businesses.

Water softeners remove calcium and magnesium from water sources and replace them with another element, usually sodium (salt.) This process is called ion exchange.

If you remember high school chemistry (or watch The Big Bang Theory!), you might remember that calcium and magnesium carry positive charges. The water softening process pushes hard water into a tank filled with a sodium resin, which has a negative charge and replaces the calcium and magnesium with sodium. This article from  Popular Mechanics explains the process more thoroughly.

Soft water does feel a lot nicer to bathe or shower in. It's less harsh on clothing. The only drawback is taste: many people like the way hard water tastes and some people think softened water tastes slightly salty.

There is another option: water conditioners or descalers.

Water conditioners are not really softeners but do remove limescale

Water conditioners--sometimes called saltless water softeners--change the chemical structure of minerals in hard water. They do not really "soften" the water, but they do reduce limescale, which is the most destructive residue left by hard water.

However, as Angie's List has noted, they can still leave behind some limescale in places where water is stored, such as hot water heaters.

On the other hand, water softeners use a lot of water during the softening process, need more energy to operate, and require more maintenance than water conditioners. We can discuss pros and cons for your property based on your preferences, water usage, and other factors.